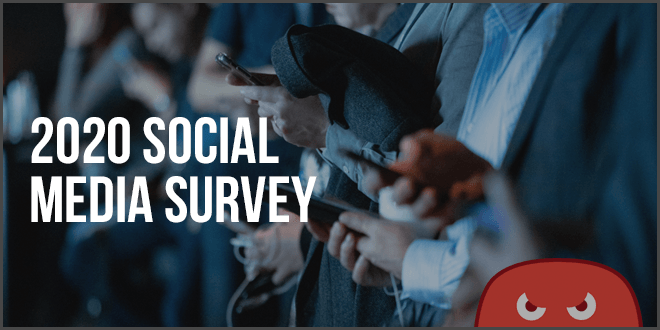 Trump revealed as the most muted word on Twitter

2020 has been anecdotally cited as one of the worst years for a long while – many people are expecting aliens to turn up at our doorstep to round it off.

With such an eventful 6 months behind us, we wanted to see whether recent events had impacted how we engage with social media and the online world.

After all, it is one of the main ways we connect with one another…or is it?

We surveyed 5,012 Americans to find out how the pandemic and other key 2020 events had affected society’s social media habits, and it turns out that six out of 10 (58%) Americans have sworn off social media. By that, we mean they have decided to significantly reduce their time on it because it is having a negative impact on their lives.

It looks as though a significant amount of Americans also won’t be returning to social media, with one in ten (13%) completely deactivating all of their accounts. On the contrary, a third of participants (34%) said that they would never be able to delete their social media accounts, with more than a quarter (27%) stating that social media was their main or only source of news.

When it comes to how we’re spending our time without social media, results show that Americans have mostly been exercising, reading, gaming and resting their minds with mindfulness and meditation instead – very healthy and wholesome!

It seems as though the jump up in mindfulness hasn’t helped everyone however, with two-fifths of respondents (37%) admitting to engaging in arguments or debate in the last four months, with two out of ten Americans (21%) even admitting to blocking friends or family as a result!

The HOTH also discovered what the top 10 most muted words on Twitter since May are – most are pretty understandable, with news relating to these words often being negative:

When asked why they felt the need to mute words and phrases on Twitter, a third of respondents (31%) stated that they felt the words were ‘triggering’, or poor for their mental health. A quarter (26%) of people cited the reason ‘annoying/irritating’, a fifth (17%) stated that they were ‘not interested’, with the remaining quarter selecting ‘other’, with reasons such as a friend or family member suggesting that they mute the phrase coming up regularly.

“Being always-connected can be a big stressor, so I personally think it’s important for us to switch off every once in a while, even if the plan is to return to our favorite websites and apps. I think social media is a fantastic tool but I also know how overwhelming it can be with a constant feed of information.”

“I hate to say it, but these certainly have been ‘unprecedented times’. With the internet and social media having such a big impact on our everyday lives, I’m really not surprised to hear that the way we view these platforms is changing as the world around us changes.”

Start Growing Your Traffic Today Sign Up Free
© 2010-2020 The HOTH. All rights reserved.