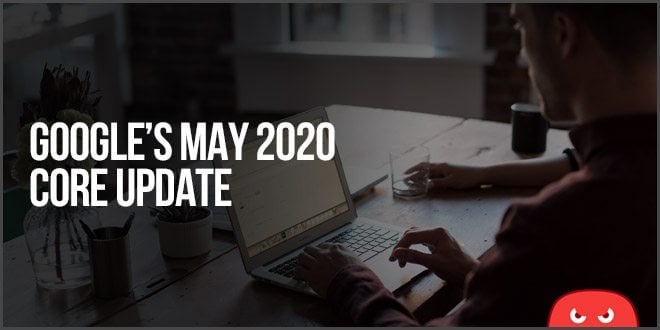 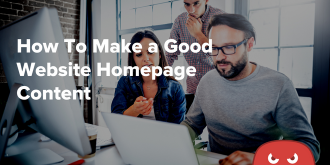 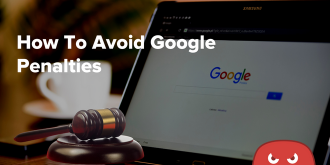 How To Avoid Google Penalties 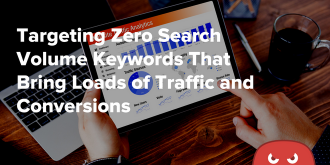 Google just released a controversial update in the middle of a global pandemic and they dropped it on International Star Wars Day. Ouch.

For webmasters and SEOs, this year’s “May the Fourth Be With You” felt more like “Order 66” Day.

Google updates are nothing new. They happen several times a year so Google can search results.

Last year, we wrote about the June 2019 Core Update and how the “Diversity Update” was a welcome change for everyone. It prevented the same domain from appearing multiple times at the top of search results.

As you can see, not all core updates spell certain disaster, so let’s all take a deep breath!

So what happened in this most recent May 2020 Core update?

Let’s get into it:

What Is A Core Update?

Google has been releasing core updates for the last few years.

According to Google’s official blog:

Several times a year, we make significant, broad changes to our search algorithms and systems. We refer to these as “core updates.” They’re designed to ensure that overall, we’re delivering on our mission to present relevant and authoritative content to searchers.

What Happened With The May 2020 Core Updates?

On May 4, 2020 Google announced it was rolling out a broad core algorithm update called the “May 2020 Core Update”.

Later today, we are releasing a broad core algorithm update, as we do several times per year. It is called the May 2020 Core Update. Our guidance about such updates remains as we’ve covered before. Please see this blog post for more about that:https://t.co/e5ZQUAlt0G

Early observations of this new update show that it produced higher SERP volatility than others.

According to RankRanger, the impact of this update is greater than the one in January. 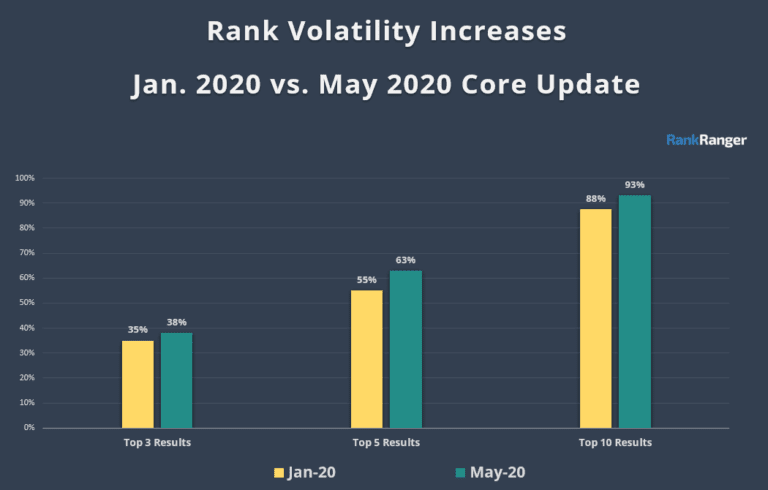 The other point worth mentioning from RankRanger is how this update is affecting multiple niches across the board. 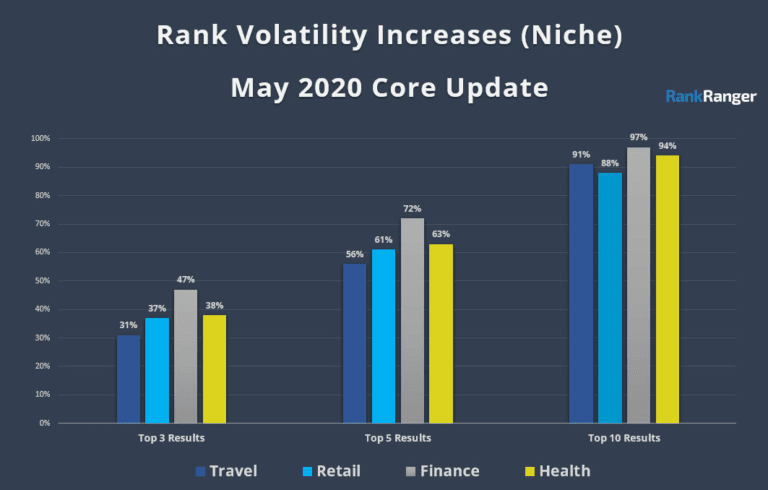 Ranking volatility so far has been sharpest in

The average volatility in both travel and retail, for example, increased from 1.9 at the end of April to 9.3 on May 6.

Without more from Google, it’s unclear if this volatility in travel and retail was the result of changing the algorithm or the effect of worldwide quarantine orders. These industries were already expected to be hit hardest.

There Were Some Winners

SEMRush tracked some winners of the Google May 2020 Core Update.

News Websites gained the most positions this month, followed by Business & Industrial and Online Communities.

Shakeups Are Happening In Local

You may have heard that there has been a lot of volatility in the local search results lately. I've been checking through some of my @whitespark Local Rank Tracker campaigns, and here's a good visual that shows how the turbulence started on April 23rd: pic.twitter.com/dkCQ9IMkjE

What Should You Do If You Were Hit

It’s important to note that, according to Google, that these updates aren’t designed to penalize anyone, and there may not be a lot to do to “fix it.”

There’s nothing wrong with pages that may perform less well in a core update. They haven’t violated our webmaster guidelines nor been subjected to a manual or algorithmic action, as can happen to pages that do violate those guidelines.

In fact, there’s nothing in a core update that targets specific pages or sites. Instead, the changes are about improving how our systems assess content overall. These changes may cause some pages that were previously under-rewarded to do better.

How can this be possible that there is nothing to fix?

There are a few scenarios in which getting less traffic isn’t necessarily a bad thing, and the most obvious is that of “search intent.”

For instance, you may have been ranking and getting traffic for phrases that didn’t match what the user was actually searching for. You’d be getting the traffic, but visitors would bounce off your site.

In this case, it’s all about getting the right traffic, not the most traffic.

Google is notoriously non-descriptive about their updates. They’re directing all Twitter questions back to an August 2019 blog post, “What webmasters should know about Google’s core updates.”

Google continues to stress the importance of having the best content possible on your website. Quality is the most important measure.

Here are some questions (from Google) to ask about your content:

You can also ask unbiased friends or colleagues to audit your website’s content and brush up on Google’s E-A-T standards (Expertise, Authoritativeness, and Trustworthiness).

What Should I Do If I Saw A Ranking Drop?

First of all, don’t panic!

Google updates usually roll out for multiple weeks, in which we see lots of volatility. Keep an eye on it but wait until the rollout is complete before making any drastic changes.

In fact, in Moz’s recent post, they talk about how early data and assumptions get changed dramatically as the updates roll out – there is just too much fluctuation to draw conculsions.

The second thing is that with these core updates over the last few years, each of them often seems to be a reversal of the last.

The winners of one update become the losers of the next and vice versa.

With that said, check out our guide to diagnosing and repairing rankings drops..

Worried About Google’s Update? The HOTH Is Here to Help!

Google’s May 2020 Core Update sounds scary for businesses already struggling to pay the bills. But, following their content guidelines is a good start for holding onto your positions.

If your ranking and traffic has dropped substantially since May 4, you will need to shift your content and SEO strategies to stay competitive. That’s where we can help!

Our digital marketing experts can work with you to craft a new game plan to get back on top.

If you found that your site has been affected by the update, fill out our survey below and let us know what changed:

How To Avoid Google Penalties