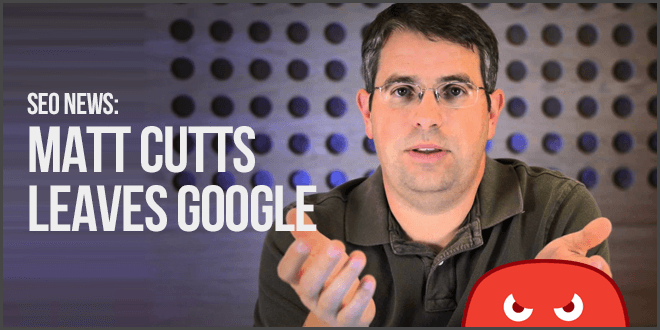 That’s right…the man who was the face of Google to all webmasters has moved on to a “better” place. The USDS.

Matt left Google for an extended leave of absence back in July of 2014. Apparently to spend some time with his wife. According to Matt, he was only to be gone until October of that year.

He claimed to have left Google’s web spam department in capable hands. Cutts added several months later that the team well in his leave of absence. He then decided to extend his leave into 2015.

We heard very little from Matt over the almost two years he was away from Google. It wasn’t until June 2016 that he broke the silence on what he was doing job-wise.

Where Did Matt Cutts Go?

He had decided to go work for the U.S. Digital Service for a few months. Matt announced he was moving out to Washington D.C. He attributed his interest in working with the department to the “contagious” energy of those who worked to fix healthcare.gov.

He did not, however, indicate what specifically he would do with the USDS.

We received news of Matt a few days before the 45th President would be sworn in just down the street from the USDS. Matt Cutts’ Google leave of absence was really a resignation.

What Is Matt Cutts Doing With The USDS?

Matt has given us very little info as far as his new job.

He did say in his blog post that he would now be the Director of Engineering at the USDS.

Matt Cutts’ Google job description was Head of Webspam and he joined Google in 2000 as a Software Engineer.

There is little to tell about what Matt Cutts actually does at the USDS. He is now acting director of the USDS until a new official Director can be placed.

And, as far as how long Matt is going to stay at the USDS amid rumors that the President might make major cuts to the department, nobody knows for certain.

Will Matt Cutts’ Google Ties Play A Role In His Work At The USDS?

Other big tech names have gone to work for the USDS in the past eight years.

Matt mentions several in his blog. The man he has recently replaced at the USDS, Mikey Dickerson, was actually a Google engineer as well.

The Obama administration hired Dickerson full time to fix the Healthcare.gov website back in 2014.

Although two major Google employees have now worked at a high level within the U.S. government, there is no indication that Google itself is tied to the Governmental organization. But Cutts’ experience with Google and its Webspam department will certainly be a boon to the USDS in years to come.

What Does The Move Mean For Webspam and SEO?

According to Matt, he initially left the Webspam team back in 2014 to test its independence.

It’s easy to imagine that someone who grew a whole department up from its infancy would be nervous about letting it fly the nest without mama bird.

Indeed, Matt has been the center of the Google Spam wars for over ten years. He cut his teeth on creating Google’s SafeSearch before being promoted to head spamfighter.

But the team seems to be doing just fine without him. Which has to have the search engine guru glowing with pride.

According to Search Engine Land, Google never intended for the head of Webspam to be the go-to guy for every update and bit of advice for Webmasters and SEO companies.

Since Matt left, various other Googlers have split up the duty of liaison to the world wide web from the Googles. But it’s highly unlikely we will see another Googler as influential as Matt Cutts’ become a main spokesperson for the team.

Matt was a unique fellow at Google. He had this natural synergy going between being knowledgeable about Google’s listing processes and his own passion for communication and search technology.

There really is no equal to replace him at Google.

And, besides, Google announced last year that it won’t be announcing updates to one of its major algorithm signals any longer. This seems to be a new trend with Google. Making things more real-time.

This will cut out the need for Google to be in constant contact with webmasters. Even Gary Illyes of Google said in the announcement, “…webmasters should be free to focus on creating amazing, compelling web sites. It’s also important to remember that updates like Penguin are just one of more than 200 signals we use to determine rank.”

This probably means we will see less and less of people like Gary sounding off for Google and their team of brave spamfighters.

How Will I Get My Webspam News?

There have always been other ways to receive news about webspam and search news.

You can always check our Ultimate Guide To Google Update History.

Google has a way for you to actually get some face time with a Google employee. If you haven’t heard about it, you should. It’s called Google Office Hours.

They schedule Google hangouts that last about an hour and answer all the kinds of questions that might be bouncing around inside your skull.

The Webmaster Forums have been a place where webmasters can express their concerns and get answers from both Google and other webmasters.

Google also has a Twitter page for webmasters. And they will answer faster than Donald Trump tweets.

Lastly, you can check out the Google Webmasters Google+ page for more information.

Conclusion: Everything Is Normal

As you can see, not much has really changed in the world of Google’s webmaster program. Of course, small things will change and you should be ever vigilant to those changes.

But as for Matt Cutts leaving Google, we will miss his great advice and top of the line expertise. 😉

But the public is waiting. He will do great things for our nation.

Make sure you subscribe below for future SEO news from The HOTH! And, as always, HOTH everything.