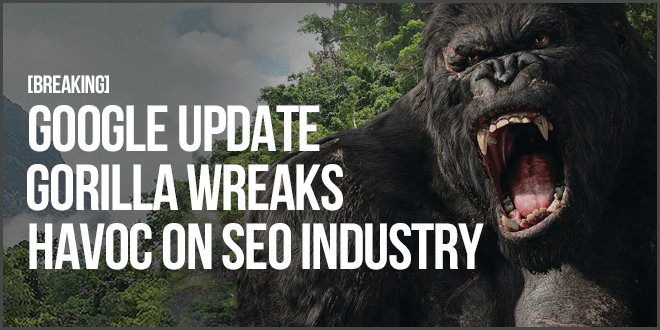 Last night, Google, in another attempt to increase profits and keep shareholders happy, has added 7 new Ad slots to the first page of the search results, further reducing the number of organic listing to zero. 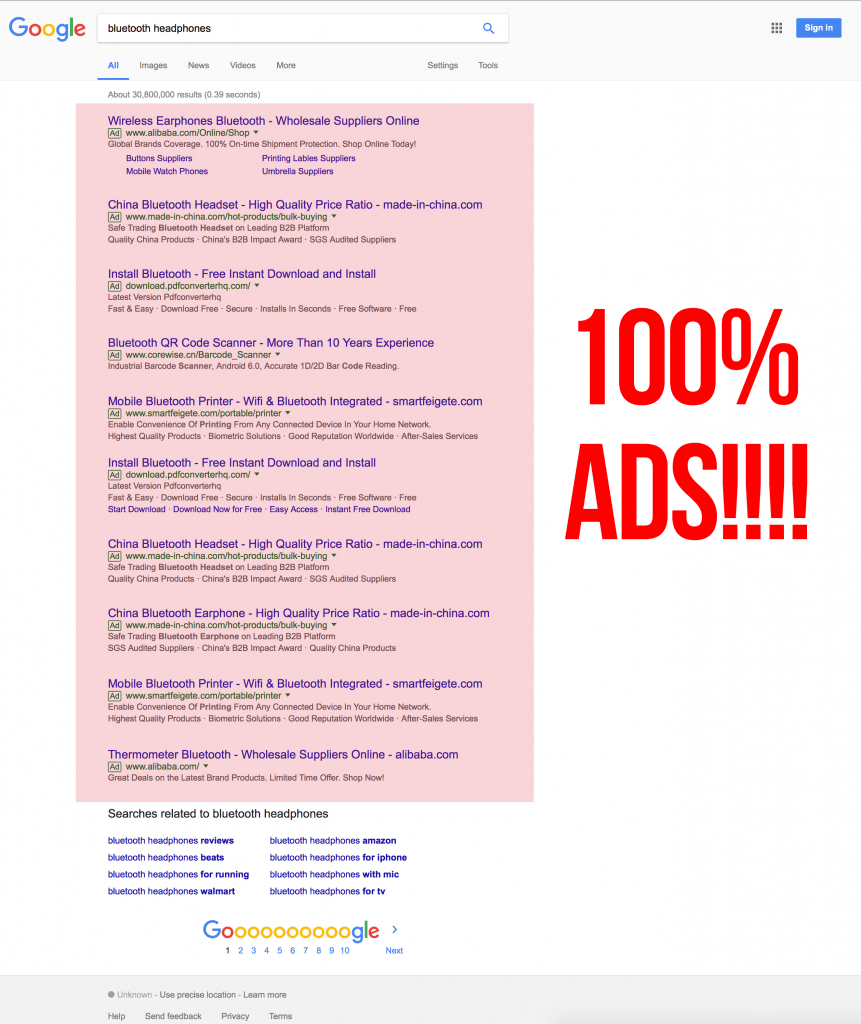 As the news broke late Friday night, large groups of SEO professionals were spotted rioting in the streets, setting their laptops on fire, and battling the line at the unemployment office. 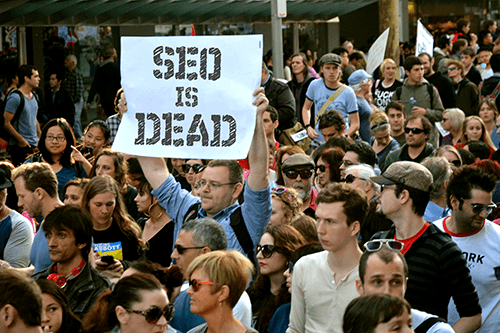 The news came as a major shock to the industry, which has traditionally been focused on increasing online exposure by providing valuable content for users and following search engine optimization best-practices.

Local search agency owner, Jim Kurzweil, when asked about the changing state of the industry, commented: “Well, researching ways to poison myself just got more difficult.”

One of the most surprising responses came from former head of Google webspam team, Matt Cutts.

Cutts, who had officially left Google in late December to join the USDS, came out of retirement to put the nail in the coffin: “That’s it, SEO is DEAD. There, I said it!”

FedEx Kinkos centers have been affected inadvertently as well, many running out of paper due to the massive influx of former SEO professionals printing off resumes.

“If I see one more fucking SEO come in here and print a resume, we’re going to have to chop down another rainforest. I hope you all don’t like BIRDS!!!!”” said local New York Kinkos employee Allison Gurner.

“These people think that every position on their resume needs to have at least 2000+ words in order to stand a chance! They keep asking me for the keyword density checker in Microsoft Word and I have NO fu*%ing clue what that is!” continued Gurner.

Transitioning Industries: Finding A Way Back To Profitability

Bedford started an Instagram account and has resorted to promoting weight loss tea just to make a few bucks, despite self-identifying as a “completely average looking, kinda fat” man.

He admitted that he had amateurishly photoshopped his face onto bodybuilders in an attempt to compete with the insta-model crowd. 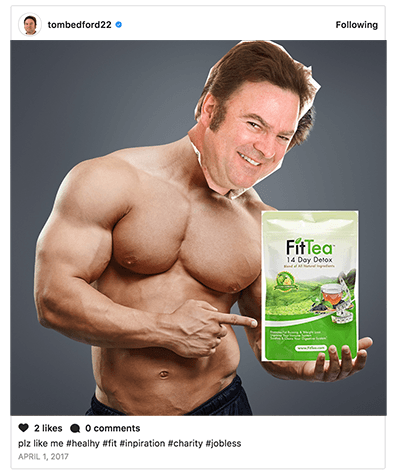 “There’s no way these bodies are even real! How can they expect me to make it in this market? I’m desperate!” said Bedford.

Is There A Way Out? Some Say Yes.

Surprisingly, after only a few hours since the update, various solutions to the problematic layout are starting to pop up online.

A new product called “The Google Gorilla Layout Bazooka Sniper Volcano” was released on Warrior Forum only 2.5 hours after the news broke.

The 13 page PDF claims to have “Found the secret sauce to beating the algorithm!”

It sells for $7 and also includes “Adwords Avalanche Alchemy Academy 2.0” as a bonus.

At the time of print, the product promoter says he only has a “limited number of copies of the PDF,” and encourages anyone that is interested in “dominating their niche” and “crushing the competition” to act quickly.

In addition, several SEO companies are now promoting “Top of Page 2 Rankings” to their clients as a means to an end.

“Well, That’s as good as it gets for us now.” said Ken Hardy, PR manager for Regency SEO Agency.

The Future Of SEO

What will come of this new change? No one really knows, but as of right now the world seems to be ending for SEO as we know it.

The sun seems to be shining for the PPC folks, though.